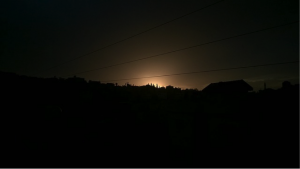 This is 2016. We’re living and working in a world that is always ‘on’ with a personal and professional population that is almost constantly connected. Businesses and individuals alike need broadband, not just for recreational purposes any longer, but for critical day-to-day business operations, money management, administration, communications, and much more besides.

For businesses in urban locations, the availability of a fast and reliable internet connection is now taken for granted. Broadband and Wi-Fi have become commoditised to the extreme, and businesses can no longer function without it.

However, the same needs exist in rural areas – and yet the same level of service and reliability is not guaranteed. True, the UK Government is making efforts to address the issue. In an August 2015 press release from the Department for Culture, Media & Sport it was announced that an additional 3 million homes and businesses now have superfast broadband access – but this still leaves many in the dark.

From the press release:

At a glance, “four out of five” sounds impressive – but it doesn’t take a genius to quickly work out that this means that one out of five (i.e. 20%) of UK homes and businesses remain unconnected. Indeed, this is causing so much frustration and disruption amongst the rural population that one farmer from Wiltshire decided to take matters into his own hands, and build his very own 4G broadband mast in a field to fix his “unbearably” slow connection. If any proof was needed of the rural communities skepticism about government promises to provide superfast broadband access to 95% of the country by 2017, then this is surely it.

It is still the case that in many of these rural areas only a very basic ADSL service will be available. If the speeds that can be received equate to less than 2Mbps, then the area is known as a “slow spot”. Currently, 11% (2 million) of UK broadband users are in slow spots with speeds under 2Mbps.

It can be even worse, however, for households and businesses that find themselves in a “not spot”, which are spots where land-based broadband isn’t available at all, or achievable broadband speeds are less than 0.144Mbps. There are currently 160,000 UK households and businesses that cannot receive broadband either at all or at a reasonable cost, and therefore find themselves in not spots.

Connection speeds and ratios, latency and reliability are the main problems that face companies and individuals in not spots and slow spots. And, the problem continues to increase in line with the greater amounts of data that we are using. Receiving high-speed ADSL broadband to a rural location over existing copper cables is just simply not possible in many areas – and, as the physical distance from the street cabinet or exchange becomes greater, broadband signals inevitably degrade, which causes speeds to drop.

However, there is a reliable and affordable solution known as broadband bonding.

What Is Broadband Bonding?

Put very simply, broadband bonding describes a situation where multiple broadband lines are combined in order to create a single, high-speed connection to a home or business.

Although simple in concept, the implication of broadband bonding is actually rather involved, since it requires the splitting and the recombination of data streams. However, this is all taken care of by the bonding provider, and results in greater download and upload speeds, increased bandwidth and much improved reliability. For example, let’s think about a slow spot where a broadband line only provides 2Mbps. By combining, say, 5 lines, then a speed of 10mbps is suddenly achievable. So why not combine 12 lines and reach superfast broadband status?

Of course, even if your business isn’t in a recognized slow spot, your broadband can still be frustratingly slow. A typical ADSL broadband line provides 6Mbps, which just simply isn’t good enough in today’s business world of web and cloud applications that need to be accessed regularly, reliably and rapidly. In these instances, only 3 or 4 lines need to be combined for practically instantaneous improvements of up to 300 or 400%. And the solutions are affordable, and very quickly realisable.

In essence, broadband bonding is an inexpensive solution to the expensive problem of hindrances of rural business productivity – and certainly much easier and more reliable than building your own 4G mast in your neighbour’s field.

Get in touch to find out how BroadbandBonding.co.uk can integrate broadband bonding in your area.